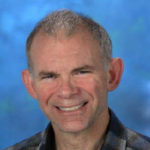 Mr. John Goldstone, President and CEO
John has over 25 years of success translating scientific and technical innovation into commercially viable product and licensing revenue streams. He’s consistently worked with patent holders, business representatives, legal counsel and executives from both selling and buying organizations to secure deals that offered both attractive revenue and favorable tax benefits. He has over five years of experience prospecting for, negotiating term sheets and agreements, and closing 14 licensing transactions and 6 divestitures that’s brought more than $15M of previously unrecognized or overlooked revenue.
As Director of Technology Licensing at Weyerhaeuser, John drove the company’s strategic bias to license or divest technology in order to decrease the cost of in-house research and development. He’s worked with teams of scientists, engineers, and legal and business leadership to evaluate, determine, and present which technologies to license/divest. In addition, as a representative for Weyerhaeuser on a Joint Development Agreement, John led a team to re-open negotiations on fertilizer technology twice with an industry leader. His efforts achieved the company’s most successful license with royalty fees from the U.S. and 8 other countries.
In all of his roles, John has been a resourceful and perseverant professional as well as a resilient licensing and deal-winning key contributor committed to optimizing the return on investment for innovation and technology by making the deal successful for both parties. 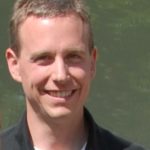 Dr. Eric Finney, CTO
Before joining BCI, Eric taught chemistry and directed several undergraduate research projects as an Assistant Professor at Pacific Lutheran University. Prior to that, Eric was a postdoctoral research associate in the labs of Prof. AJ Boydston at the University of Washington, after serving as a forensic scientist for the Washington State Patrol. These positions have given him years of experience in the fields of synthetic organic, organometallic, and analytical chemistry. Eric holds a Ph.D. in chemistry from Colorado State University and a B.S. in chemistry from Western Washington University. 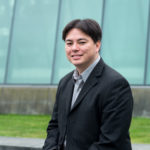 Prof. AJ Boydston, Co-founder
AJ began studying chemistry as an undergraduate at the University of Oregon under the guidance of Professor Michael M. Haley. His research focused on the synthesis and study of dehydrobenzoannulenes. After completing BS and MS degrees, he began doctoral research at the University of Texas at Austin in the laboratories of Professor Brian L. Pagenkopf. In 2005, AJ joined the group of Professor Christopher W. Bielawski, also at UT-Austin, and was co-advised by Professor C. Grant Willson. He completed his thesis research focused on the synthesis and applications of annulated bis(imidazolium) chromophores. After graduating in 2007, AJ moved to Pasadena, California to take an NIH postdoctoral position at the California Institute of Technology. There, he worked under the mentorship of Professor Robert H. Grubbs to develop new catalysts and methods for the synthesis and characterization of functionalized cyclic polymers. He returned to the Pacific Northwest as an Assistant Professor of Chemistry at the University of Washington in the summer of 2010. Recently, he has been the recipient of an Army Research Office Young Investigator Award, Cottrell Scholar Award, National Science Foundation CAREER Award, and Camille Dreyfus Teacher-Scholar Award. 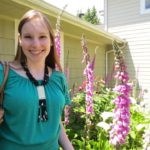